The Global Drug Survey for 2014 has just been launched.

The Global Drug Survey began in 2012, although they have been running surveys through MixMag for over a decade.  It is run by UK based psychiatrist Dr Adam Winstock.  The survey investigates items such as drug pricing, consumption, and pleasure and pain factors associated with drug taking. Detailed information about the survey including methodology and limitations is available on the Global Drug Survey website

The survey is promoted by media partners in 17 countries (Fairfax in Australia) and has had 29740 respondents today, after being launched (in Australia) on 12th November.  Results for the 2014 survey should be available in March/April, but you can see some of the 2012 data on the Global Drug Survey website here.


The following two articles by Dr Winstock have used data from the survey:

The results of the survey have also been used to inform an online application called The Drugs Meter, where people can examine their own drug and alcohol use and compare it to the survey's results.

There are an increasing number of websites and apps being created to help people with drug and alcohol and/or mental health issues.

Can these tools be used to complement practice with clients?

ReachOut has developed a professional development package for information on young people’s online context, and guidance on using technology in service delivery to make services more accessible and engaging for young people. 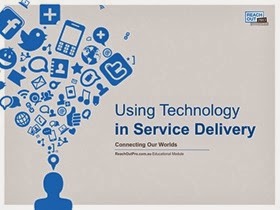 The package has PowerPoint presentations, quizzes, and case studies.  You can work at your own pace through the modules.  You will have to sign up for a "professional account" to access the information.

Their professional development site also lists a number of websites and apps for use with young people.  Including their recently released "The Sorter", aimed at men over 18.
The app covers:

We'll be sure to cover more about what's available in terms of quality apps over the coming weeks.
Posted by Kate B at 16:25 No comments: